This week the winners of the SPOGA Innovation Award in 2016, Equisense, have launched another high-tech equine centric product.

Imagine being able to accurately measure your horse’s daily activity, build a picture of his health and well-being, track any changes and be alerted in the event of an accident or if colic is suspected? 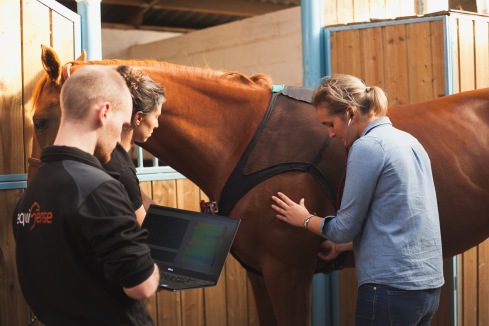 Equisense Care is a connected equine bodysuit created for all horse owners who have an interest in the health and wellbeing of their horses. Created to be linked to a mobile application that not only evaluates the horse’s wellbeing and state of health in real-time (thanks to 3G connectivity) but this clever piece of kit also enables the owner to optimise their horse’s lifestyle, enabling them to take action in the event of a problem. Created by a team of passionate equestrians, technology experts, vets and biomechanical engineers, this product is set to change the way we understand and observe our horses: From evaluating his well-being over days, weeks, months and years through to monitoring his recovery post trauma or during illness.

* Without a subscription you can retrieve all your data as soon as you connect your smartphone to your sensor via Bluetooth.

* With a small subscription (€19.90 per month) thanks to 3G connectivity, you will always have access to the data in REAL TIME, which means that you will receive alerts from the device on any noted changes as they are happening and enabling you to take appropriate action, whether that’s paying a visit to the stables to check on your horse, monitoring his progress on a journey or calling your vet with concise and accurate data to highlight a possible issue or concern. 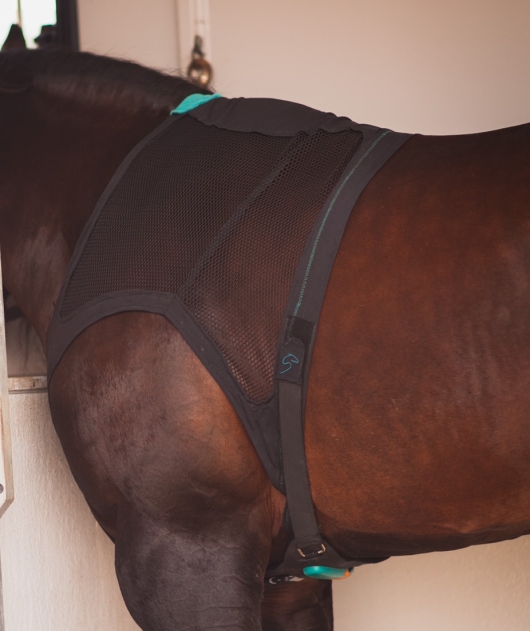 Currently this device is available for pre-order and the team plan to go into large scale production next summer with delivery of Equisense Care Kickstarter orders being sent out in the Autumn of 2017.  To pre -order via Kickstarter click here 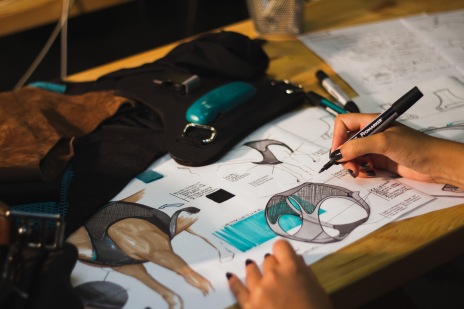 For further information on this revolutionary equine technology click here

Olympia, The London International Horse Show, is delighted to announce that double Olympic gold medallist, Victoria Pendleton, will be gracing the Olympia arena as she turns her hand to show jumping in aid of the Injured Jockeys Fund on the evening of Friday 16th December for the Markel Champions Challenge.

She will be plying her trade against the best in the racing world. The Challenge is made up of a flat jockey team captained by Frankie Dettori and a jump jockey team captained by current National Hunt Champion, Richard ‘Dickie’ Johnson. The flat team will also include about-to-be-crowned Champion flat jockey Jim Crowley. Both teams will be gunning for glory making the adrenalin fuelled contest even-money.

The competition will see the five flat jockeys competing against the five jump jockeys over a challenging show jumping course built by the legendary course designer Bob Ellis. This exhilarating spectacle will task even the most experienced of riders, creating huge excitement around the Olympia arena for this year’s Friday evening performance.

Prior to the event, the former cyclist will undergo specialist training from a fellow Olympian, currently at the pinnacle of his career – Rio 2016’s individual show jumping gold medallist Nick Skelton. Nick will be giving Victoria special tuition as the multi-sport queen switches saddles yet again to take up this latest challenge.
Victoria Pendleton, multiple Olympic medallist, said:

“I am thrilled to be a part of such a prestigious event like Olympia. The Markel Champions Challenge will be an exciting competition with such a high calibre of jockeys and I’m really looking forward to riding in it. To be back involved in a team again and hear the excitement of the crowd will be immense, I just hope the jump jockeys can get over the line for the win!”

“It is fantastic to see the return of the Markel Champions Challenge in aid of the Injured Jockeys Fund; Markel are proud to be associated with such a credible cause at a brilliant event. To see Victoria on board will be enormously inspiring to everyone, and we would like to take this opportunity to wish all the competitors the best of luck.”

“The Injured Jockeys Fund is delighted to be involved in this fantastic event. Not only will it be a lot of fun but it will help to raise awareness and crucial support for all injured jockeys and their families.”

To buy your tickets to this unique event and secure your place at one of the equestrian performances of the year, please visit www.olympiahorseshow.com or telephone the box office on 0871 230 5580.

My good friend Sarah Skillin and I were lucky enough to be awarded Badminton Press pass this year. It was great to have this opportunity so we could cover the action at Grassroots and the 4* competition for Eventing World Wide, our own website ‘The Bit’ and for the social media group #TwitterEventing.

Sarah was able to arrive earlier in the week and wrote a great Grassroots round up for EWW http://www.eventingworldwide.com/mmbht-grassroots-championships-2014/ and we were able to cover trot up fashion, with Sarah in presence, sending me images remotely that I could comment on – a total double act. From that point on it became apparent that we would have to work as a team in order to cover the huge amount of research and social media reporting.

After dropping off my kit at a friend’s lorry, my home for the next few days, we headed over to the media tent. A huge, smart marquee based in the heart of the Badminton complex. I exchanged my media ticket for a proper pass and signed in, was issued with a wi-fi code (essential as the locality is such a rural no signal area) and a lunch ticket – so no need to leave our desks and buy food later.

After setting up base(basically you hot desk and bag a spot) and logging on we thought about our first plan of action. Despite planning ahead we were slightly overwhelmed as to what to start with. In hindsight it would have been great to have had a larger team, sending people out taking style photos, walking the course and interviewing riders. But there are a limited number of passes that are issued so we decided to cover specific areas, not overlapping with the ‘big guns’ who would be focusing on things like live tweeting of dressage scores and reporting the big news.

As the sun decided to shine in the afternoon we set off to meet Rhea Freeman who is the PR rep for HiHo silver, a superb jewellery design company who was exhibiting at Badminton. It was great to talk directly to the company owners and really understand their products and design ethos but also see their customers and get an idea of what appealed to them. Badminton, for many is about the shopping as well as the event and we used our time to gather some new contacts and meet in person companies who we highlight via social networks.

More writing, image editing and sharing followed and a constant look at the leader board with some interesting results. Following the end of competition each day there is a press conference where members of the press can ask the leading riders about their performance and hopes for the competition. At this point the BBC, fronted by Clare Balding, arrived and it was interesting to see some behind the scenes action and get an understanding of all that is involved.

We had a great evening at the Outside Chance bar, chatting to Nico Morgan, an old friend and leading equine photographer. We talked about how he was planning to set up to get winning shots the next day and what publications would be looking for. It was great to get an understanding of this commercial element, and ultimately what will help to sell magazines.

Saturday arrived and the various global press teams arrived at the media centre looking pretty worn out already, and definitely bedraggled by the wind and rain. The tent felt like it was about to take off at times and reports were coming in from around the site about blown over portaloos, not to mention the changes in going, caused by overnight rain… would the optimum time be changed? Would fences be removed?

As an avid people watcher it was great to take five minutes to look at the press room in action. Listening to assorted languages, journalists deep in thought about how to convey the action scheduled to take place… real anticipation. We never would have anticipated what carnage would happen that day. After walking the cross country I understood the enormity of the questions and it was hard to even imagine riding the lines, but I couldn’t have guessed the outcome of the day. The press room was alight with live tweeting, draw dropping moments and total adrenalin. Togs coming back to upload images, radio and film crews flying about interviewing riders. It reminded me of my days working in a well-known restaurant kitchen… one false move and the whole thing goes into meltdown, get a tweet wrong and you pay for it. Above all the speed at which news is posted globally is amazing. There is no room for error and speed is the key, an hour old tweet is now yesterday’s chip paper.

Writing this now on Sunday morning, with all to play for in this afternoon’s Show jumping I wonder what the outcome will be. I’m sure there will be tears shed and lots of collective gasps. So good luck to all the riders who have certainly earnt their places and not forgetting their amazing rides, as without the horsepower this spectacle would never happen.

Tired, and slightly emotional we can look back on our few days with real joy. Amazing memories and such an opportunity to share what we were observing with the outside world. So thank you MMBHT… massive thanks to the generosity of the sponsors Mitsubishi Motors UK, Julian Seaman and his amazing press team and all those who looked after us so very well…it’s been a great one!